"Paz exceeded all of our expectations, providing a family friendly entertainment experience to spectators of all ages, regardless of the conditions."

​- Jeff Badger - Way Out There Festival

The Hockey Circus Show is all

about the fan experience.

Here's what some people had to say about the "game".  And some other cool stuff, too! 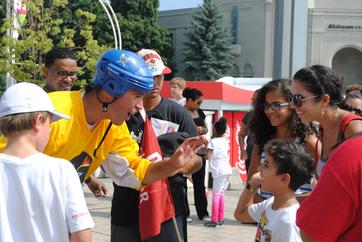 Listed as a "TOP PICK" for Families and Children at the 2014 Canadian National Exhibition. 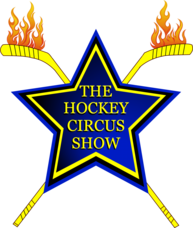 ​​​"Paz is our Road Show's Engine. A smile per mile. The Hockey Circus Show thrills with a

rare mix of talent and charisma. Best of all it's pure hockey... Canada's PAZ time. "

"Paz is great with the kids in the audience . . . The end of the game is not to be missed."

"It’s the kind of show you have to see to believe, and on top of being funny, he was a fantastic performer."

​​"The Hockey Circus Show performances during the 2014 Canadian National Exhibition were well received among the funniest we've ever had."